There are multiple ways a refugee can obtain asylum in the United States. Our Orange County immigration attorneys have put together an infographic that outlines the various paths to claim asylum.

The four ways to claim asylum include the following: 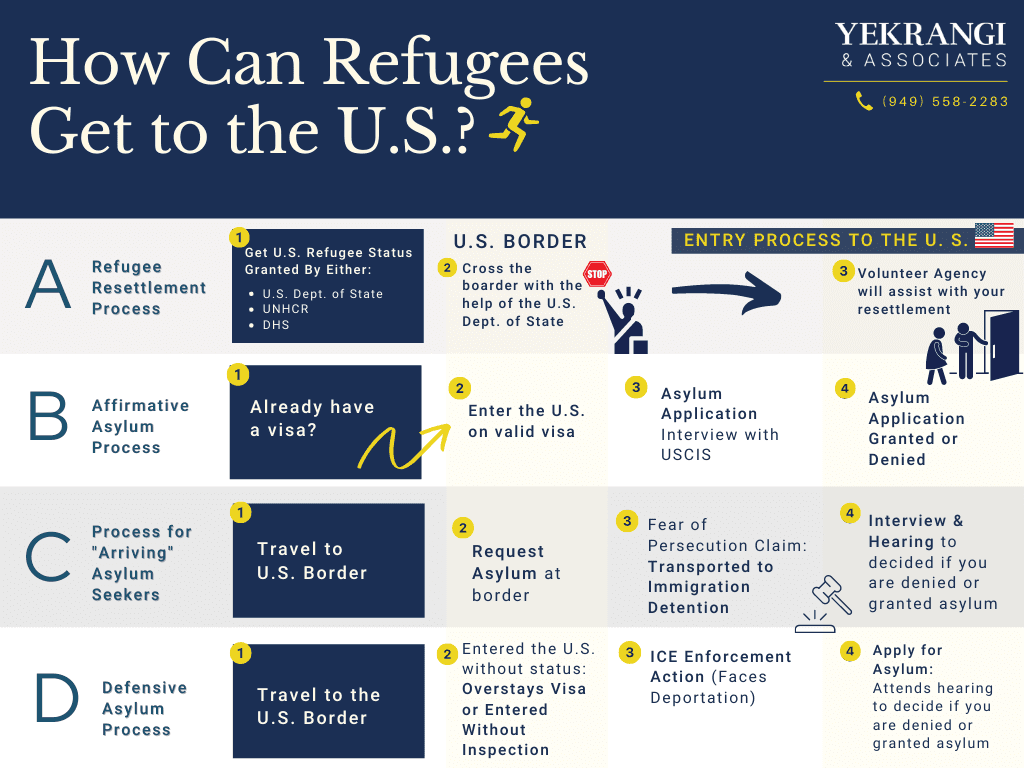 If you want to obtain asylum status in the United States, contact our Orange County immigration attorneys today at (949) 478-4963 to schedule a consultation!